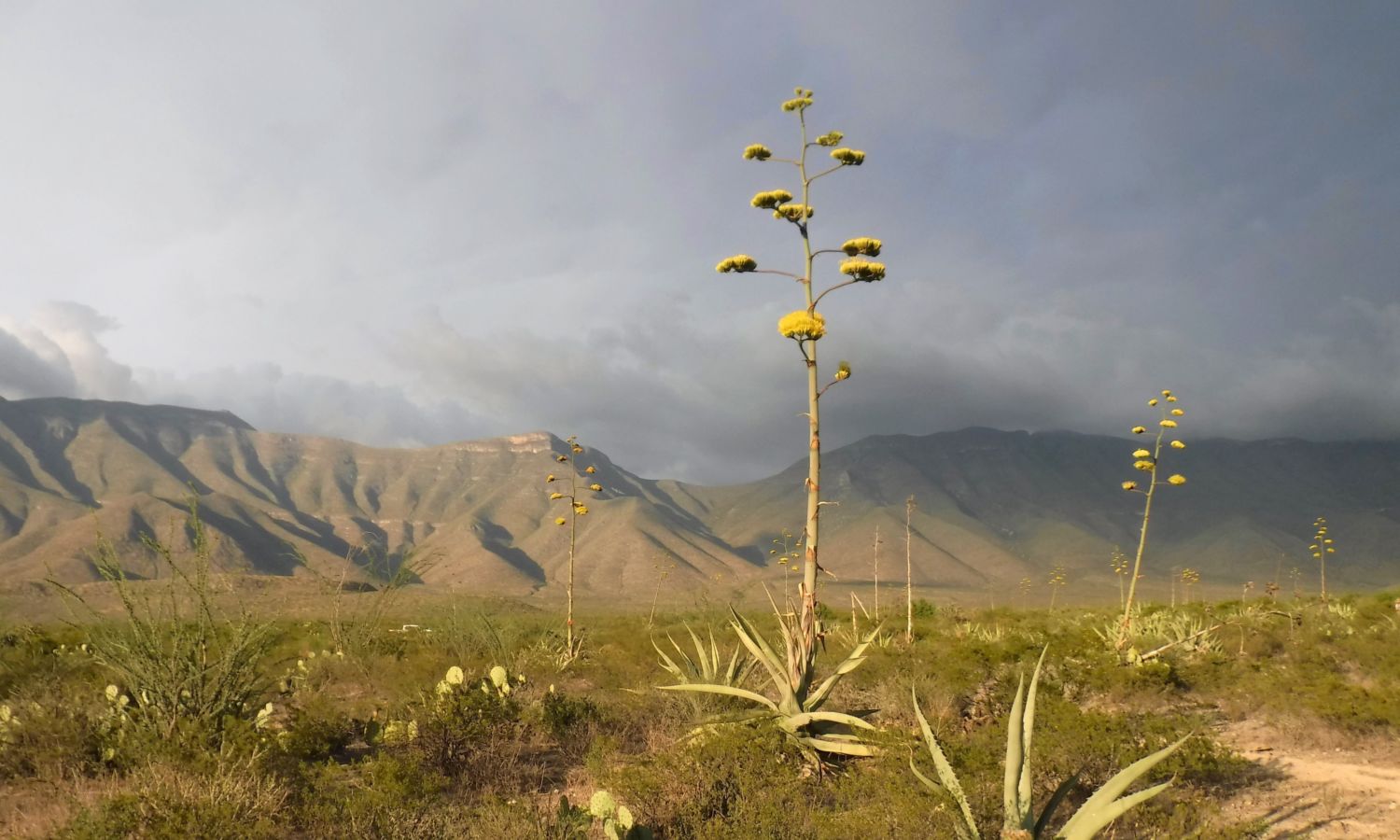 An in-depth article published today by Yale e360 chronicles the ambitious and urgent effort to safeguard the interdependent relationship between northern Mexican communities, the agave plant and the endangered Mexican long-nosed bat.

Agaves are fundamental to community livelihoods and cultural identity across northern Mexico.  They are also a critical food source for the bats, which feast on the nectar of these plants when they flower.  In turn, the bats play an essential role in sustaining agave populations by distributing pollen from one plant to the next.  Overgrazing and associated habitat degradation, fueled increasingly by climate change-induced drought, is the leading threat to agave survival.

Bat Conservation International (BCI) is collaborating with local partners on both sides of the U.S./Mexico border to help ensure the future of this ancient mutualism.  Guided by cutting-edge science, BCI aims to conserve and restore a “nectar corridor” encompassing the migratory pathway of the long-nosed bat.  The effort involves working closely with local ejidos (communal agrarian communities) to improve agricultural practices and rebuild agave populations by collecting and propagating seeds for eventual restoration.