Beyond our family’s longstanding passion for wild landscapes and the species that inhabit them, we believe today’s accelerated pace of ecosystem destruction and biodiversity loss constitutes an urgent and underappreciated global crisis that carries profound moral, spiritual, economic, cultural and public health consequences and demands far greater resources, attention and action.  The BAND Foundation aims to support a strategic portfolio of impactful initiatives that also serves to showcase scalable solutions and opportunities for reversing this alarming trend.  Specifically, we seek cutting-edge projects to:

The BAND Foundation favors work in areas where we know the players on the ground and where we believe donor funding and public attention have been disproportionately lacking.  This philosophy has led to concentrated investments in East Africa, in grassland conservation globally and in underappreciated but rapidly declining groups of species including bats, amphibians, vultures, seabirds and island plants.

Given the increasing impact of climate change on conservation efforts worldwide, we look for projects that incorporate climate resilience and adaptation as essential components of long-term sustainability. 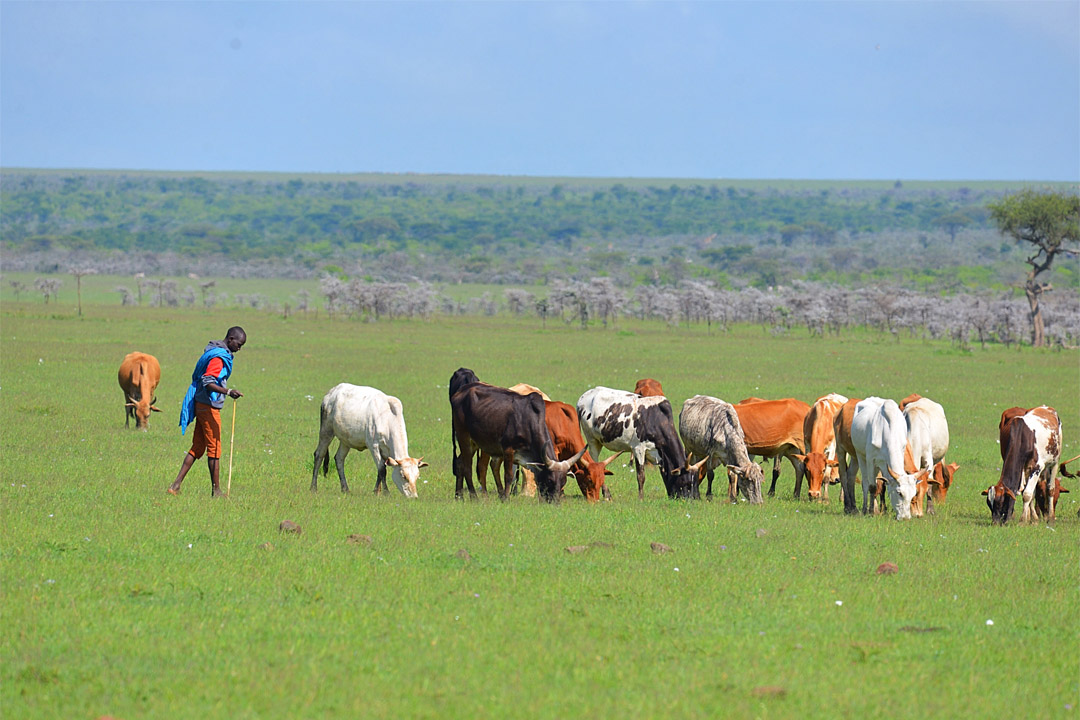 Project: Supporting the Maasai Mara’s Community Wildlife Conservancies During COVID-19
Grantee: Maliasili
Summary: Kenya’s Maasai Mara region hosts some of the world’s largest and best known wildlife concentrations.  In total, the Greater Mara Ecosystem covers 4,500 km2, two thirds of which encompass community and private lands, including 11 conservancies managed in partnership with the tourism industry for both wildlife and livestock.  Making sure these conservancies deliver for local people is a central challenge to ensuring the Mara’s future and an important test case for African conservation.  COVID-19 has wiped out tourism revenue for the conservancies, imperiling this innovative conservation model.  This project provides emergency assistance to enable the conservancies to maintain basic operations during the crisis.  The key implementing partner is the Maasai Mara Wildlife Conservancies Association. Co-funders include the Liechtenstein Global Trust, Oak Foundation and Lion Recovery Fund. 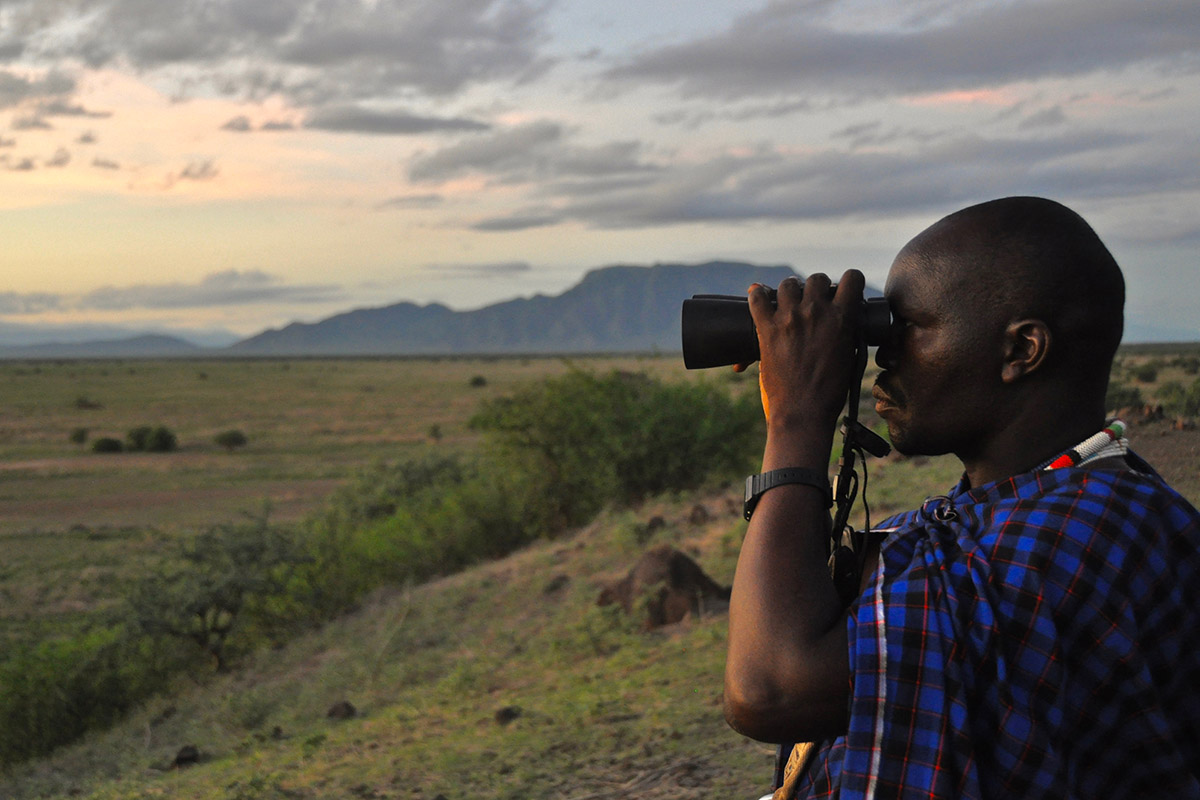 Project: Launching the Maasai Landscape Conservation Fund
Grantee: Maliasili
Summary: Spanning over 10 million acres, the contiguous grassland ecosystems of southern Kenya and northern Tanzania comprise one of the world’s most iconic conservation landscapes.  Most of this land belongs to and is managed by Maasai pastoralists and other local communities.  Its future hinges heavily on land use choices and resource management practices these communities choose to undertake.  The Maasai Landscape Conservation Fund (MLCF) is a new collaboration designed to accelerate the impact of community-based conservation in this critical region.  The fund allows donors to pool their resources and strategically invest in local organizations that are delivering effective conservation solutions to the challenges of land conversion and fragmentation, human/wildlife conflict and poaching.  The MLCF was launched in collaboration with the Liz Claiborne & Art Ortenberg Foundation with additional support from The Acacia Conservation Fund and J.P. Morgan Chase. 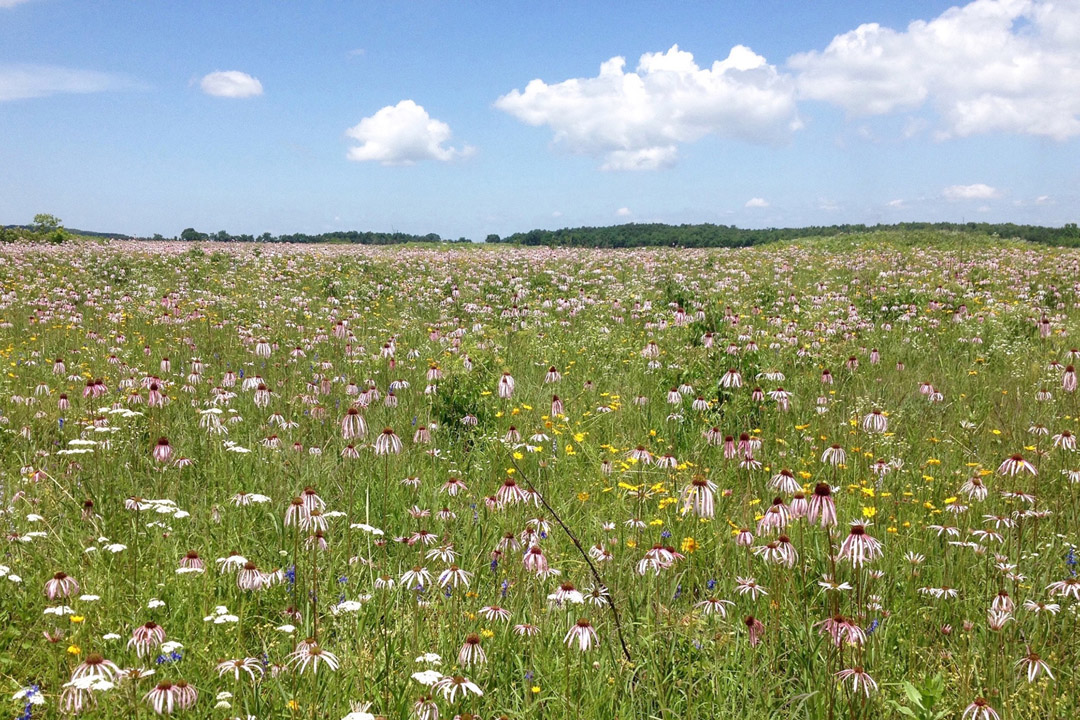 Project: Catalyzing the Southeastern Grasslands Initiative (SGI)
Grantee: Austin Peay State University, Clarksville, TN
Summary: Though little known, the grasslands of the Southeastern United States are one of the most biologically rich and highly endangered ecosystems in the country.  Most of these treeless prairies, rocky barrens and glades, pine and oak savannas, coastal prairies, wet grasslands and mountaintop meadows have succumbed to development, farmland conversion and afforestation (the latter due to fire suppression).  Through preservation, restoration, research and seed-banking, SGI aims to transform grassland conservation across parts of 23 states.  Partners include multiple state and federal agencies, botanic gardens, universities and others.  BAND has issued a challenge grant aimed at leveraging additional support for SGI from other private, state and federal actors. 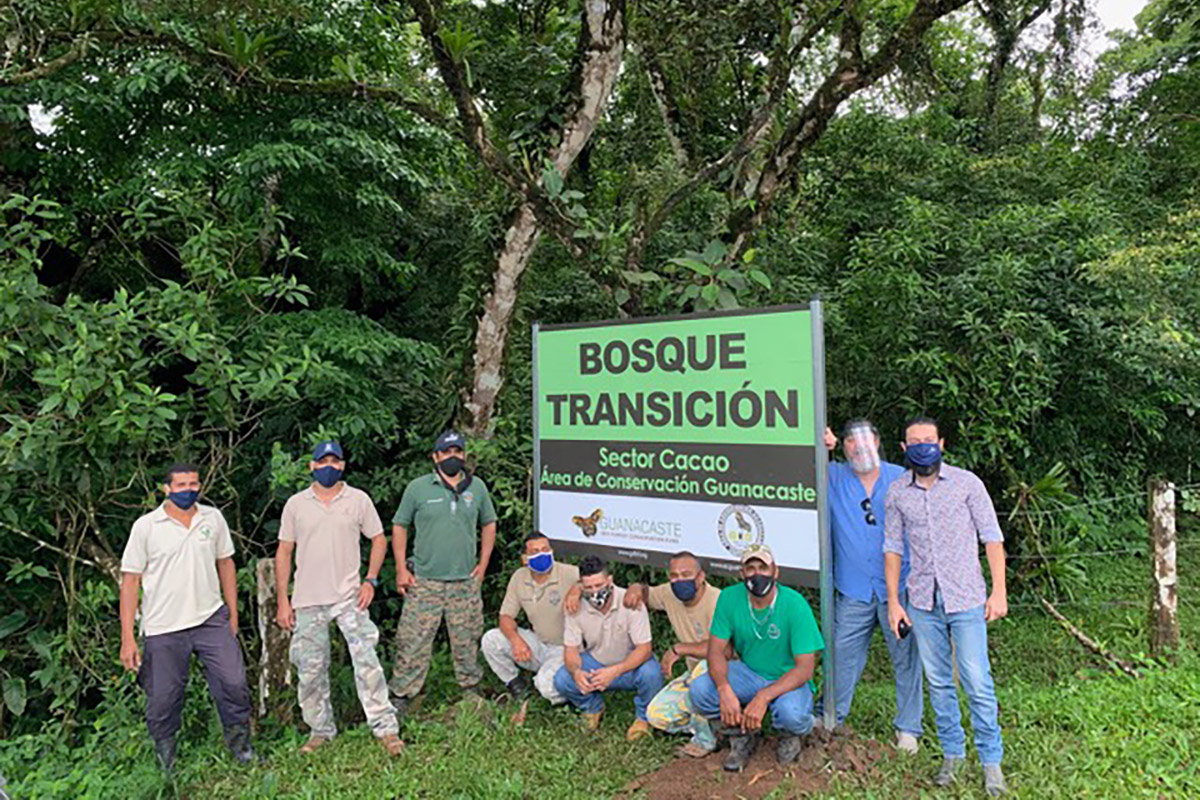 Project: Purchasing a Key Forest Tract for Addition to the Area de Conservacion Guanacaste
Grantee: Guanacaste Dry Forest Conservation Fund
Summary: The Area de Conservacion Guanacaste (ACG) in northwestern Costa Rica is a complex and precedent-setting effort to achieve durable conservation through the social integration and non-damaging biodiversity development of a tropical wildland.  Originally intended to preserve and restore one of the last remnants of dry tropical forest in the Americas, it has grown to become the only protected area in the Neotropics that sweeps from Pacific Ocean waters, up and over the volcanic mountain range of the continental divide and down into the Atlantic rainforest lowlands.  Its over 370,000 acres are home to a staggering 2.6% of the globe’s terrestrial biodiversity. This project supports the acquisition from a willing seller of a critical tract of intermediate elevation forest (“Bosque Transicion”) at the intersection of two key ecological zones.  As such it is biologically rich and also important to the ACG’s long-term strategy of facilitating the movement of species as climate change alters the landscape. 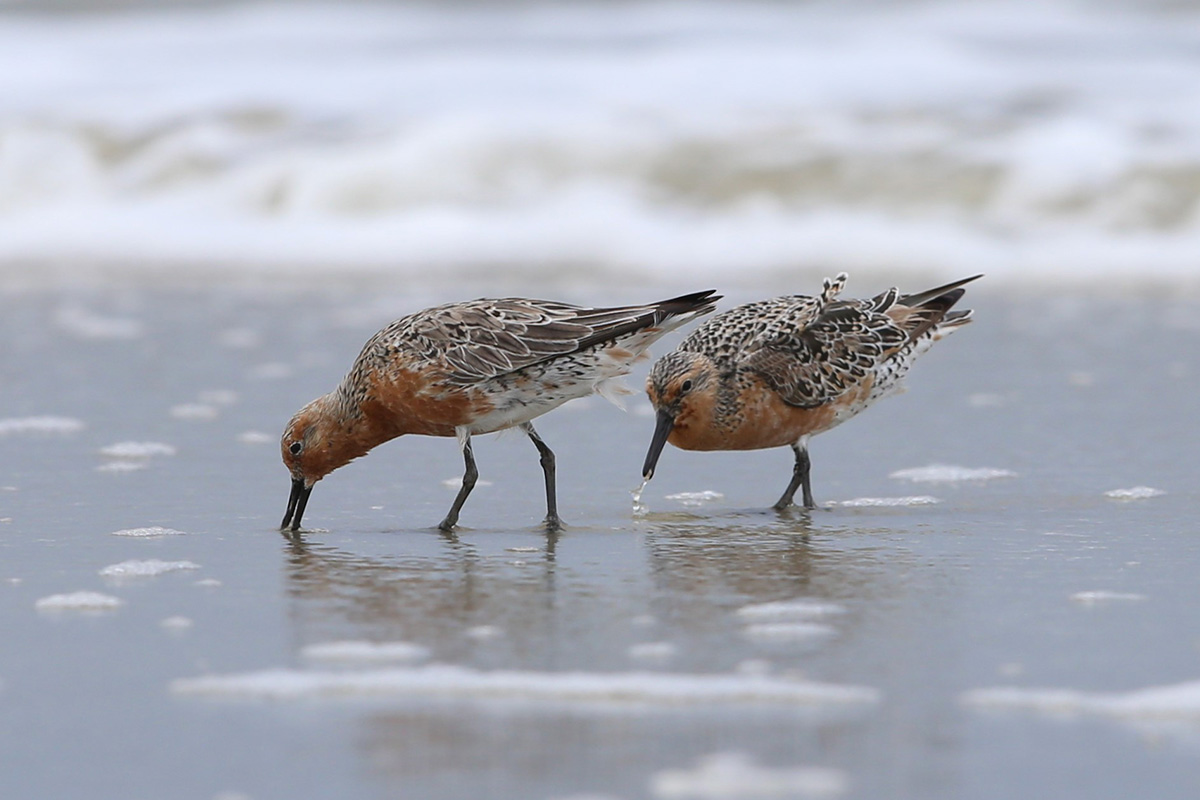 Project: Coalitions for Shorebird Conservation
Grantee: Manomet
Summary: Shorebirds are one of the world’s fastest declining groups of birds.  Partly this is because coastal regions are among the most threatened habitat types.  Shorebirds are also highly migratory, making their conservation a hemispheric challenge.  Scientists have identified a relatively small set of essential stopover and wintering sites crucial to the survival of a number of imperiled species.  Many are designated as part of the Western Hemisphere Shorebird Reserve Network, which serves as a focal point for conservation action.  This project is working in 13 of the highest priority areas in North, Central and South America to test a targeted site conservation approach based on collaborations with local partner organizations.  The aims include building conservation capacity, identifying and addressing key threats, educating and engaging communities and measuring the response of shorebird populations to actions taken.  Co-funders include the Bobolink Foundation. 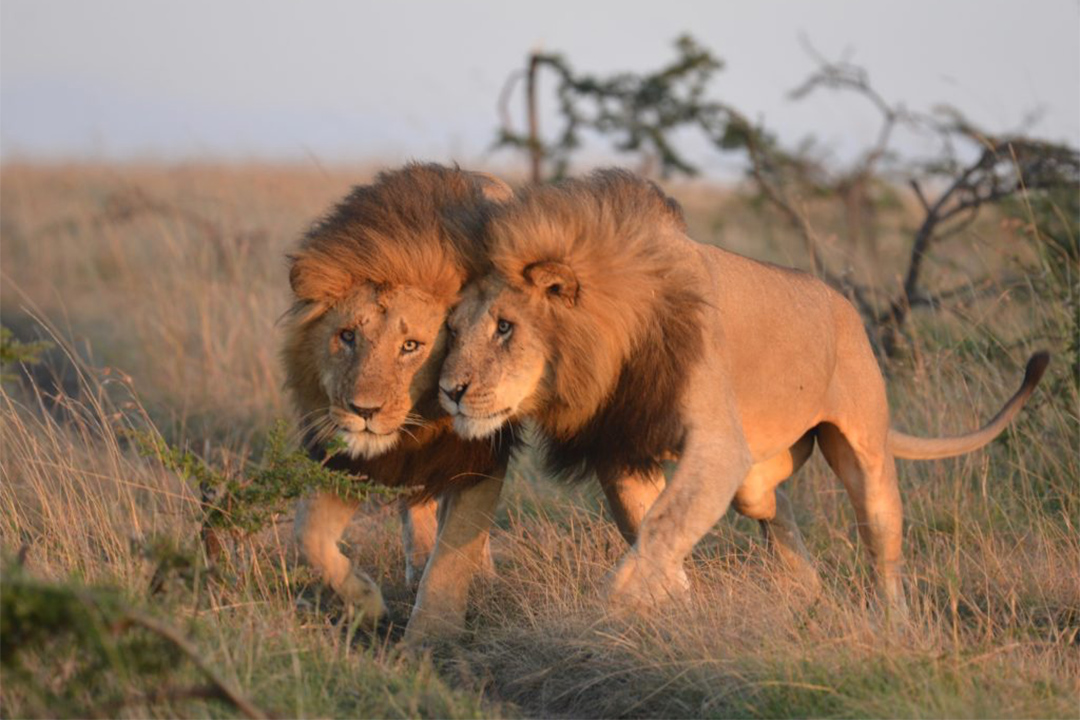 Project: Growing the Impact of the Lion Recovery Fund
Grantee: Wildlife Conservation Network
Summary: Lion numbers have plummeted by an estimated 50% over the last 25 years largely as a result of direct persecution and habitat loss.  Beyond their important ecological role, lions are also fundamental to Africa’s multibillion dollar wildlife tourism industry.  The Lion Recovery Fund (LRF) seeks to halt and ultimately reverse lion decline through a comprehensive set of investments in priority projects aimed at supporting key wildlife areas, promoting coexistence between people and lions and tackling the illegal trade in lion body parts.  Housed at the Wildlife Conservation Network, the fund provides a cost-efficient, strategic mechanism for channeling philanthropic dollars toward the conservation of this flagship species and the ecosystems it inhabits.  BAND support targets the full range of LRF’s activities. 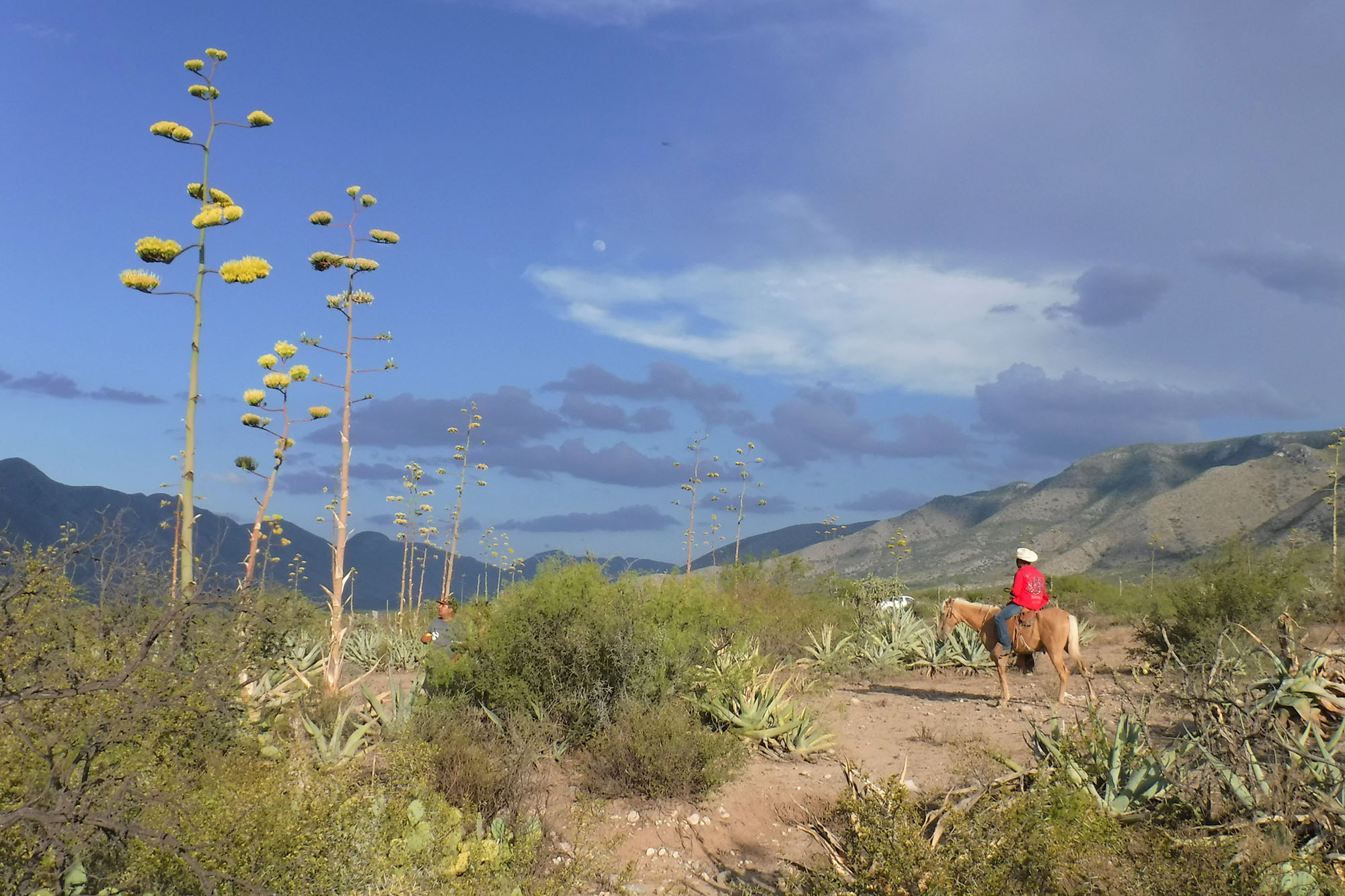 Project: Restoring Agaves for Endangered Bats in Northeastern Mexico
Grantee: Bat Conservation International
Summary: This project aims to protect one of the world’s most endangered mammals, the Mexican long-nosed bat, through an innovative partnership focused on restoring the agave, a signature plant fundamental to the bat’s survival and deeply woven into the Mexican economy and culture.  The Mexican long-nosed bat relies on agaves for food, and agaves rely on bats for pollination. Likewise, agaves provide food, fiber, medicine and other important benefits to local people.  Agaves are in decline across their native range largely as a result of overharvesting and poor agricultural practices.  This grant will enable BCI to work with communities and other partners to implement a scientifically-based effort to restore agaves within a “nectar corridor” that is home to a diversity of agave species and includes critical bat maternity and roosting sites. 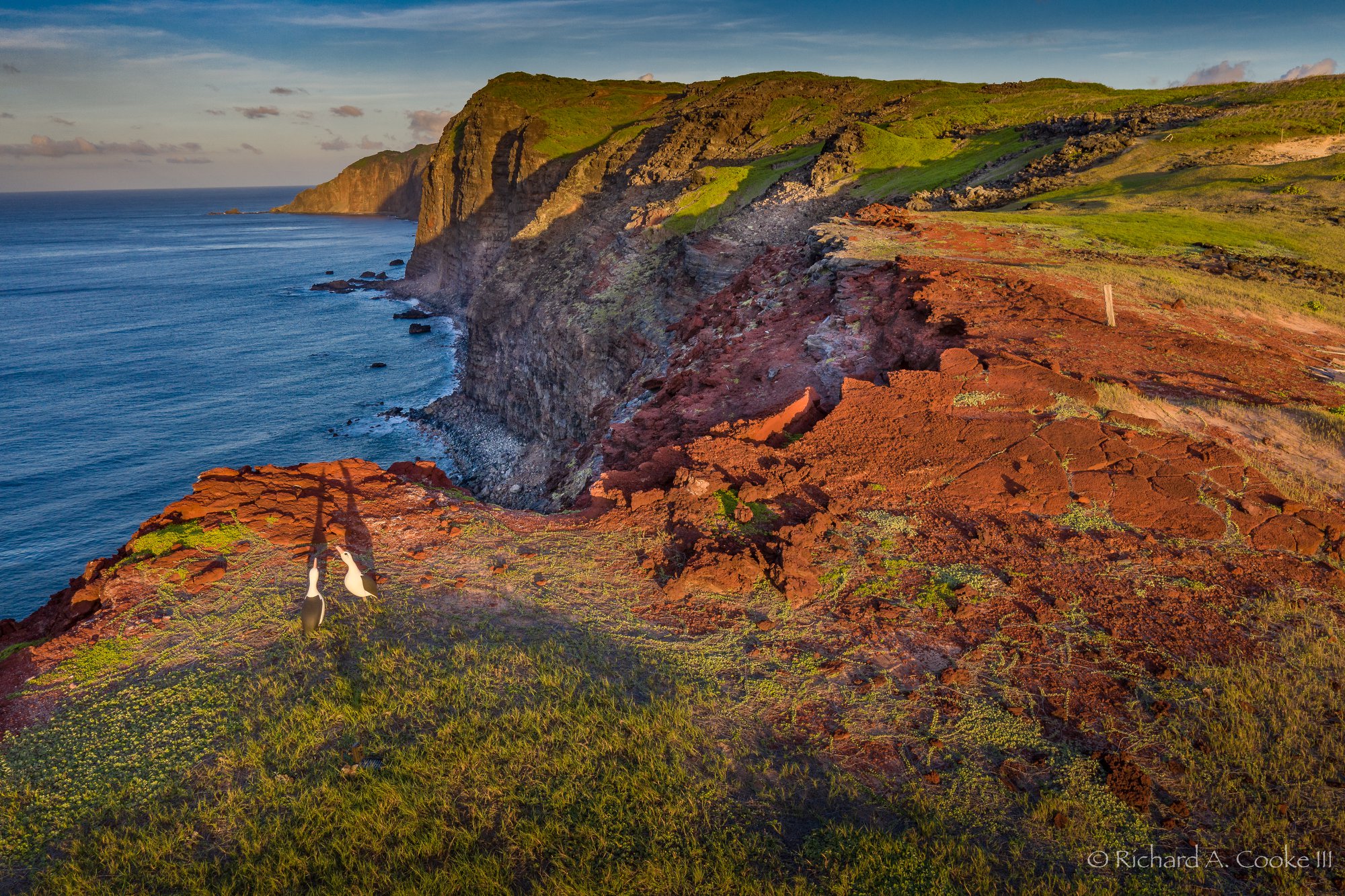 Project: High Island Habitat Restoration for Endangered Hawaiian Seabirds
Grantee: American Bird Conservancy
Summary: The Northwest Hawaiian Islands are a seabird nesting stronghold – supporting 6 million seabirds of 22 species including 98% of the global breeding population of Laysan and black-footed albatrosses.  With a mean elevation of only 1.7 meters, these islands are highly vulnerable to sea level rise, extreme storms and other climate-related impacts.  Elevated breeding grounds once occurred throughout the main Hawaiian Islands but were effectively wiped out by introduced mammalian predators.  This project supports construction of a predator-proof fence at Molokai’s Mokio Point to allow restoration of a critical breeding site and set an important precedent for high island seabird recovery.  Partners include the Molokai Land Trust, US Fish and Wildlife Service and Sacharuna Foundation.

Project: Responding to the Challenge of Emerging Wildlife Disease
Grantee: Association of Fish & Wildlife Agencies (AFWA)
Summary: Disease is rapidly emerging as a major threat to wildlife globally.  While wildlife diseases are not new, human actions are dramatically increasing their spread and impact.  Three specific emerging pathogens that affect bats, salamanders and sea stars are of immediate concern in the United States.  These families of animals play vital roles as ecosystem engineers across a range of habitats from agricultural landscapes to forests to intertidal zones.  This project provides funding for critical research and monitoring to better understand the diseases that threaten them, aims to catalyze a public policy framework for tackling wildlife disease more broadly and seeks to leverage additional dollars to address this critical issue. 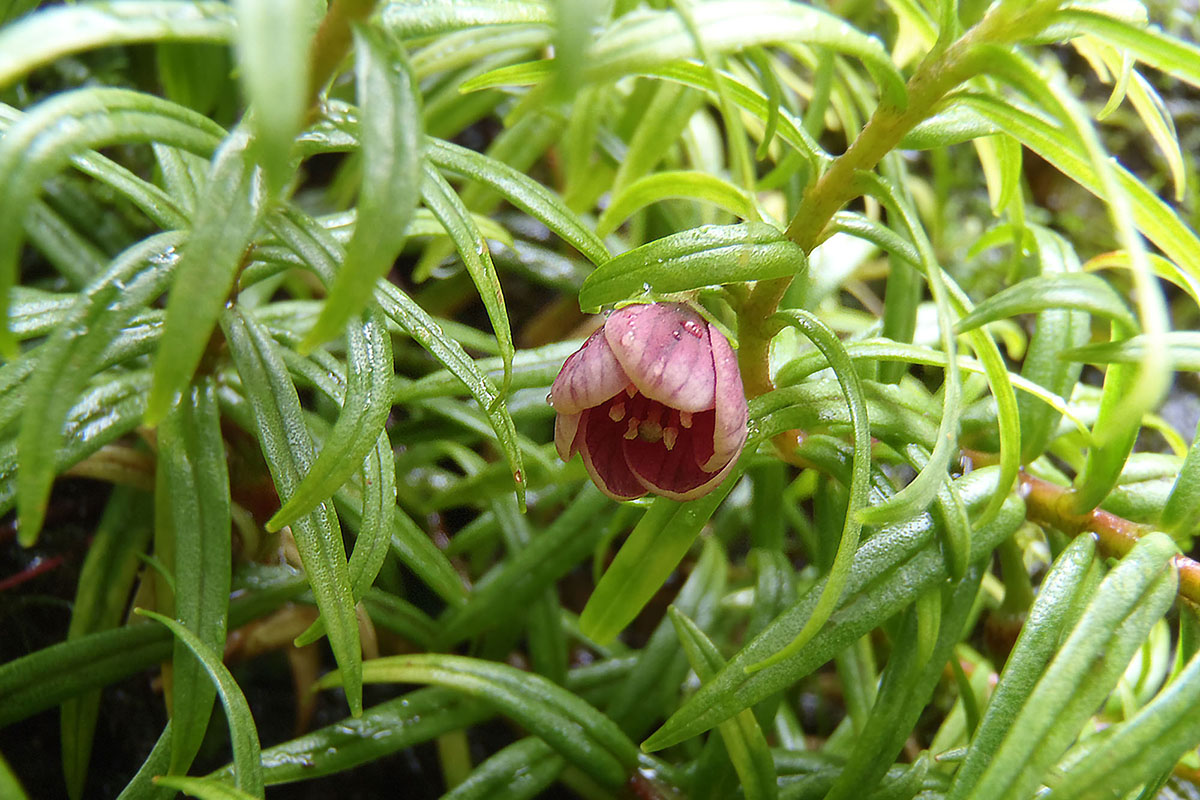 Project: Saving Endangered Plants in Hawaii
Grantee: Plant Extinction Prevention Program
Summary: Hawaii is home to 45% of all federally listed endangered plant species in the United States. The Plant Extinction Prevention Program works to protect Hawaii’s rarest plants by tracking and monitoring populations, aiding in pollination (in the event the pollinator is no longer present), collecting seed and, if necessary, propagating plants ex situ in partnering botanic gardens.  Nonnative feral animals, invasive plants, fires and development have driven many of Hawaii’s rarest plants to the outermost limits of their historic ranges.  This grant supports urgently needed, high priority plant recovery actions by allowing helicopter access to areas that would otherwise be inaccessible due to their remote location and topography. 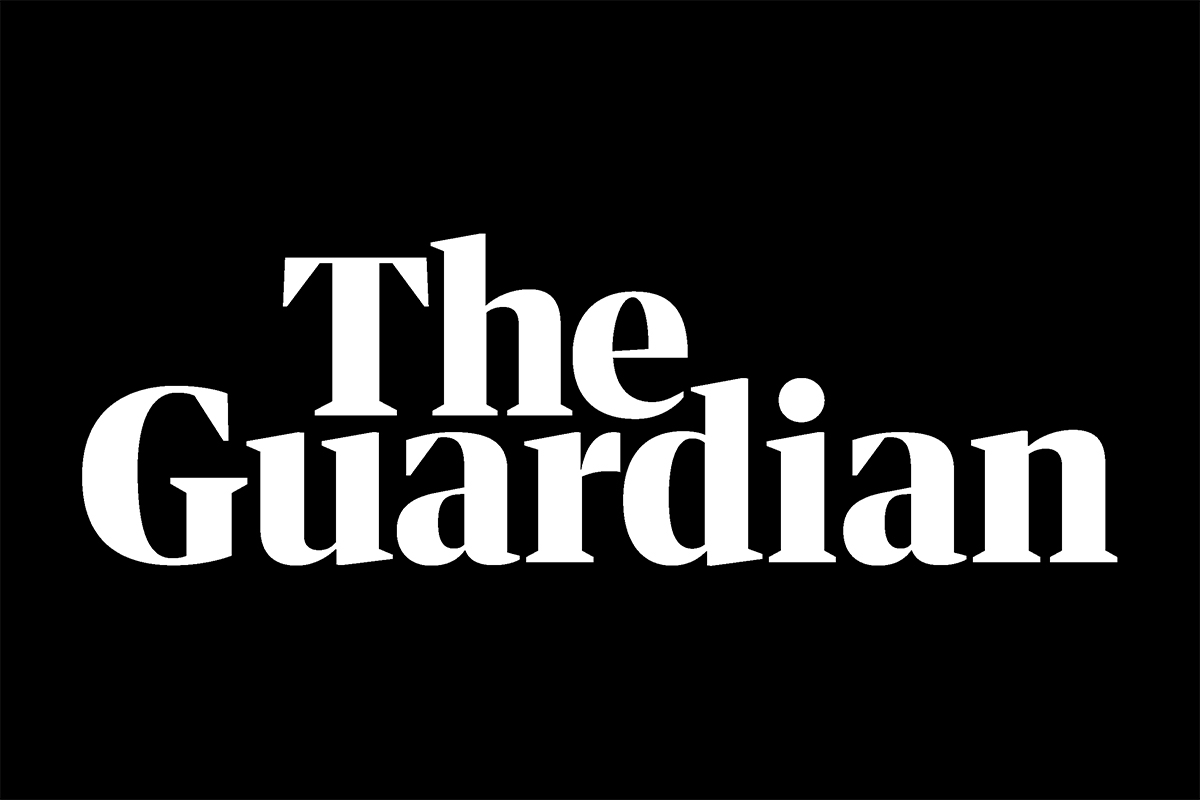 Project: The Age of Extinction
Grantee: theguardian.org
Summary: The Guardian is one of the world’s most recognizable media brands and is a global leader in its environmental coverage.  This 18-month initiative will support expanded reporting on biodiversity issues in the lead-up to a critical meeting of the UN Convention on Biological Diversity set to take place in China in late 2020.  Through print and photo journalism, videos, short documentary-style films and data-driven interactives, this project will engage The Guardian’s global network of correspondents to tell compelling stories from around the planet on the biodiversity crisis and solutions for addressing it.  BAND is supporting this effort in partnership with the Wyss Foundation. 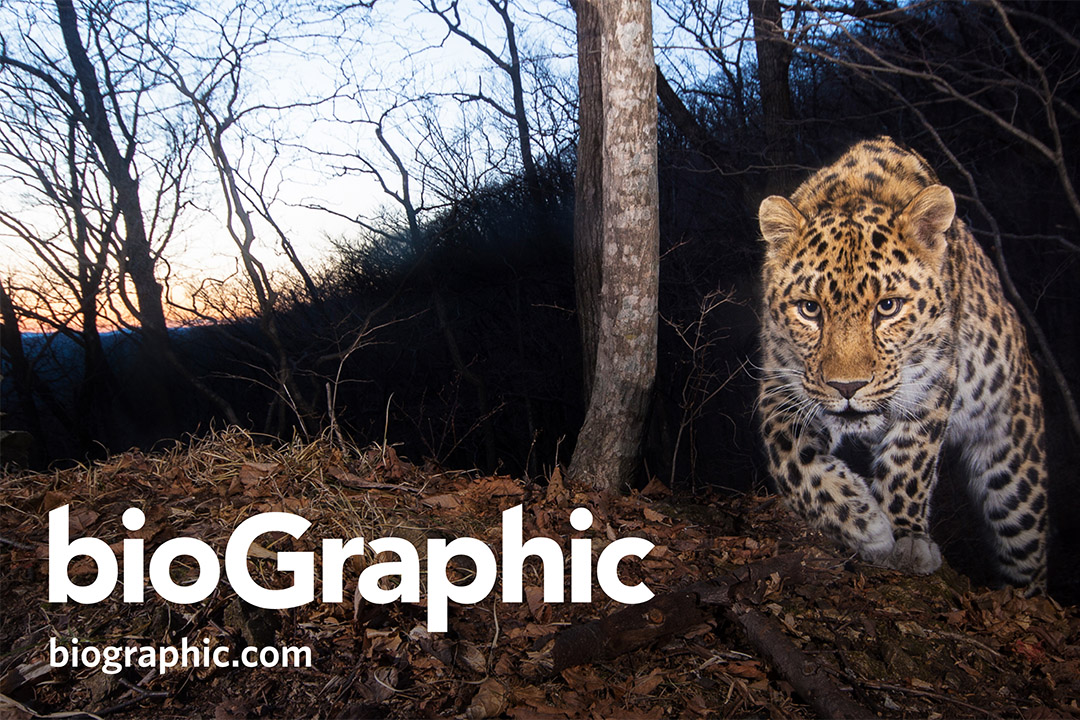 Project: Expanding the Reach of bioGraphic
Grantee: California Academy of Sciences
Summary: bioGraphic is a free, online, editorially independent, non-profit magazine dedicated to showcasing the wonder of nature and the most promising solutions to sustaining life on Earth.  Powered by the California Academy of Sciences, bioGraphic uses an array of storytelling tools and techniques to address the worrisome lack of accessible, high-quality science reporting in today’s media landscape.  With its immersive visuals, inspiring narratives and rigorously reported information, bioGraphic aims to spark conversations, shift perspectives and inspire hope and action.  BAND funding will allow bioGraphic to expand its coverage and increase its reach.

Consistent with its broader conservation objectives, BAND supports a number of local projects in geographic areas where the family has deep roots, including coastal Maine, New York City and Long Island and the Piedmont region of Virginia.  Examples include:

Project: Restoring the Cromwell Brook Watershed in Acadia National Park
Grantee: Friends of Acadia
Summary: Acadia is one of America’s most visited national parks and at the cutting edge of public/private partnerships that assist in its conservation.  BAND supports Friends of Acadia – in collaboration with the Town of Bar Harbor and others – in the restoration of Cromwell Brook, one of the park’s key watersheds.

Project: Expanding Native Prairie Habitat in Nassau County
Grantee: Friends of Hempstead Plains
Summary: Prior to European settlement, some 40,000 acres of grasslands covered central Nassau County. Known as the Hempstead Plains, only a fraction of that habitat remains and is home to at least 14 globally rare plant species. BAND’s support will help restore a critical prairie remnant.